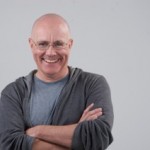 Robert serves as an Artistic Associate for The Musical Stage Company, for whom he has directed Fun Home (2018 Toronto Theatre Critics Award for Outstanding Direction), The Wild Party, Falsettos, Caroline, Or Change and The Light In The Piazza. Additionally for Musical Stage, Robert has directed the premiere productions of Life After (2018 Dora Mavor Moore Award for Outstanding Direction), ReFramed, a collaboration with the Art Gallery of Ontario and You Are Here (with 1000 Islands Playhouse).

Robert has directed the New York premiere of Forest Boy, a new work by the Scottish writing team of Claire McKenzie and Scott Gilmor; The Magic Flute for Vancouver Opera; La Boheme for The Canadian Opera Company; Where Elephants Weep at the Chenla Theatre Phnom Penh; Carousel for the Galaxy Theatre in Tokyo; The Immigrant for The Harold Green Theatre and Man of La Mancha for the Stratford Festival.

Robert has worked on the development of new musicals and opera in both Canada and the US for companies that include Yonge Street Theatricals, Sheridan University, The Arts Club Theatre, Vancouver Opera, The Canadian Opera Company, CAP21, NY, and The O’Neill Centre, Connecticut.